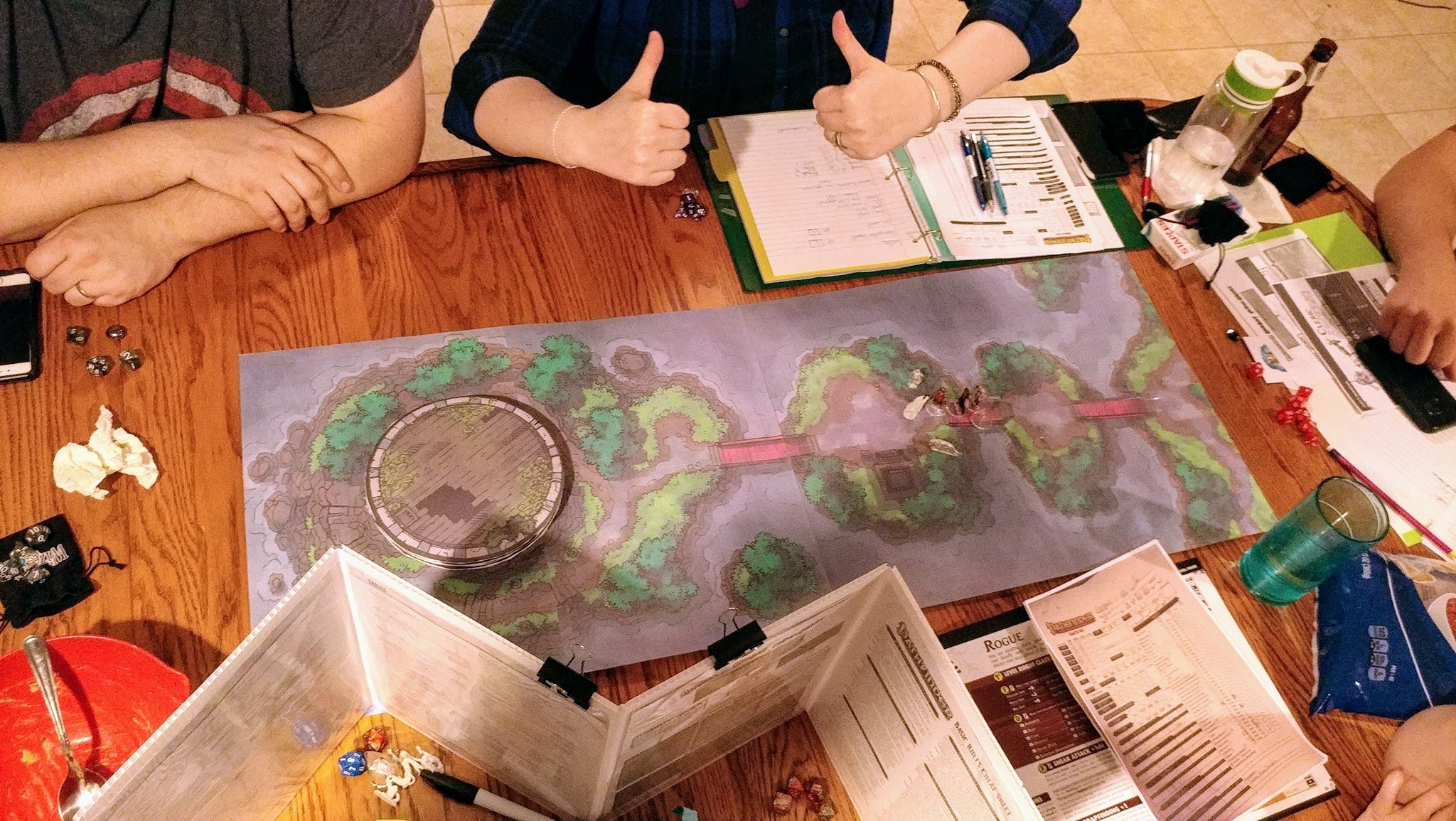 From Cory himself, with map links added:

We are playing a Pathfinder campaign in The Inner Sea.

The party was making their way out onto the center island crossing with a small aquatic demon they caught in a net to sacrifice it as an offering to the ghost of a Mermaid (who is being kept as a tortured soul, prisoner to a Sea hag and her coven).

The small structure on the side of the center island map with the torches flanking it was a shrine to her built by the villagers.

Reefclaws were hiding swimming underneath both of the bridge crossings.

After a mysterious telepathic plea and warning to the party druid about the circumstances surrounding her haunting and curse, the sea hag confronts the party for an ensuing “boss fight”.

The Overgrown Tower at the end on the biggest island is now a partially burnt and crumbling version of its former glory as the “lighthouse” for the harbor of Wash (your seaside village map I mentioned from last session) as well as the Privateer and Mermaidens home. The party found a hidden chest in a rowboat tied up in a secret chamber under the first floor that led out to the cove, containing some leftover personal magic belongings of the couple… And clues to the next part of their multi-faceted campaign.

Our next session will start the morning following their triumph as they head back to town with the sun rising, and villagers coming out to find safety and the returning party.

Ill be using your town/village market map for next session as well as the River Jetty map, probably the Mermaid Inn again and as many of your city buildings (I got all of them…very happy) as needed (most definitely the blacksmith and the alchemists of course).

Thanks again for a very inexpensive but high quality and super easy product to make gaming instantly greater. Ill be sure to keep taking pics of how we use them.

I’m looking forward to seeing more photos from Cory! If you, reader, have any that you would like to share, please send them to 2minutetabletop at gmail dot com, or find me on Facebook or Twitter. They make my day!

Ross McConnellArtist and DM, I draw the maps, record the videos, and write the articles here at 2-Minute Table Top. It's my ideal creative outlet, and it's all thanks to you!
Posted in:
Maps In Action
Tagged:
community, gallery, photos
Leave a Reply Cancel reply